Green and With Growth! 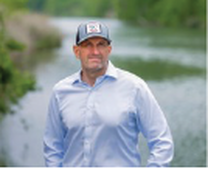 ​​Green Spaces Are a Necessity, Not an Amenity. How Can Cities Make Them Accessible to Everyone?

A growing body of science is demonstrating that spending time in nature — or even an urban park or garden — is good for us.
​But the grass isn’t green for everyone.

Suzanne Scott, For the Express-News
May 17, 2021
Suzanne Scott is state director at the Nature Conservancy. Previously, she was general manager of the San Antonio River Authority.

​The Health Benefits of Small Parks and Green Spaces
​www.nrpa.org/parks-recreation-magazine/2017/april/the-health-benefits-of-small-parks-and-green-spaces/

Parks are emerging as important public health solutions in urban communities. Nearly 40 years of research evidence confirms that nearby nature, including parks, gardens, the urban forest and green spaces, support human health and wellness. The research about active living and opportunities to avoid chronic diseases (such as diabetes, heart disease and respiratory problems) is particularly relevant to large parks where people can enjoy walking and bike paths, and playing fields. But, equally as important is the role of small parks and nature spaces for health.​

By Kathleen L. Wolf, Ph.D.
April 3, 2017
Kathleen Wolf, Ph.D., is a Research Social Scientist with joint appointments at the University of Washington, College of the Environment, and the U.S. Forest Service, Pacific Northwest Research Station.

Green infrastructure: Two words that don’t go together very often, but when they do, the results are extremely advantageous.​

Download File
The purpose of this report is to educate stakeholders in Texas and the Hill Country on what this 17-county, Central Texas region will look like in 2030 (given the assumption that the population will grow at the projected rate of growth, and no new authority is granted for managing the growth).

​The Rise of ‘Blandscaping,’ and Why Not All Green Space is Created Equal

This copy-and-paste approach to landscape design is the ecological equivalent of gentrification.
​And it needs to stop.​