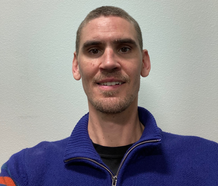 The Headwaters at the Comal

The Headwaters at the Comal is a 16-acre site containing unique riparian habitat and the first springs of the Comal River, the historical water source for the city of New Braunfels. From 1940 to 2004, the site was completely paved over with impervious asphalt, used by New Braunfels Utilities (NBU) as a warehouse, fleet and facilities yard, and office space. In keeping with a longstanding commitment to the environment and the community, NBU has committed to restoring this site into a multi-use facility honoring the cultural and environmental history of the area and encouraging future stewardship of water and environmental resources. 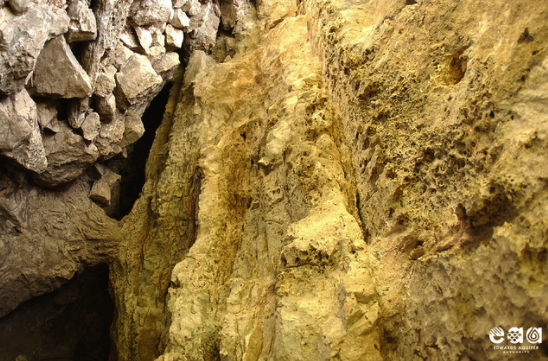 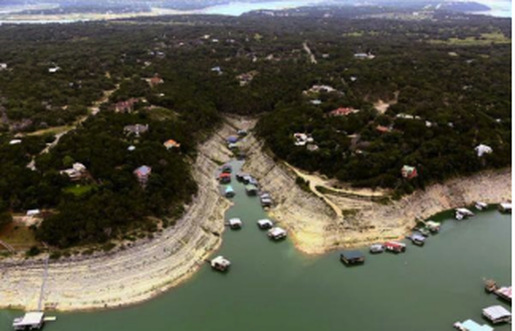 Drought conditions caused water levels in Texas’ Lake Travis to decline from 2010 to 2014, as seen in the 2014 photograph above. (Source: Lower Colorado River Authority)

Learn about the wonders of wicking gardens and get some tips on how to spice up your own backyard garden in this special presentation, featuring Meadows Center Executive Director Dr. Robert Mace and the Wimberley Garden Club's Janet Bradford. 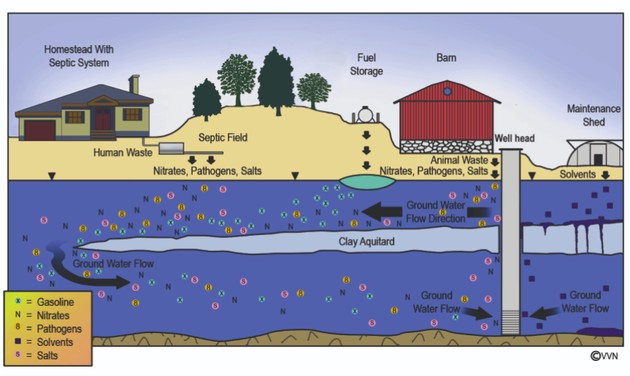 IMPORTANCE OF GROUNDWATER IN HILL COUNTRY
Managing groundwater in the Hill Country is challenged on multiple levels and different perspectives. From socio-economic concerns of population growth and difficult economic times, changing demographics, varied approaches to accessing news and civic involvement, over-drafted aquifers, unique and fragile ecosystems; and multi-level water governance through state, county, and groundwater districts, groundwater is definitely under pressure and increasingly frangible rather than resilient as a water resource. The critical, time-sensitive needs of Hill Country groundwater is the core of this project.  Understanding the issues, linkages, and the benefits and worth of protecting the water systems is no small task. However, without the ongoing efforts of studies with tangible results and accessible information, it is likely that groundwater and its linked systems will continue to be deleteriously impacted in the foreseeable future.

The Riparian Network is about creating a shared vision for restoration of riparian zones and the uplands that impact them. The intent is to balance individual needs with what is required to keep Hays County waterways clean, healthy, and beautiful.

​Water, Texas is a five-part series on the consequences of the mismatch between runaway development and tightening constraints on the supply and quality of fresh water in Texas.
Circle of Blue · When It Rains, Texans Forget Drought And Worsening Water Scarcity

With this report, the National Wildlife Federation, the Meadows Center for Water and the Environment at Texas State University and the Pacific Institute provide water planners much-needed practical guidance on how to build a community-driven water vision that takes into account the needs of local residents as well as downstream cities and ecosystems that depend on a healthy flow of water. The report provides
water planners with a framework that communities can use to plan for future water supply resilience while also ensuring that healthy waterways are an outcome as well.

The framework is tailored specifically to cities that have adopted or are considering the “One Water” approach to water management. One Water emphasizes an integrated planning and implementation approach that acknowledges the finite nature of water resources and prioritizes long-term resilience and reliability. 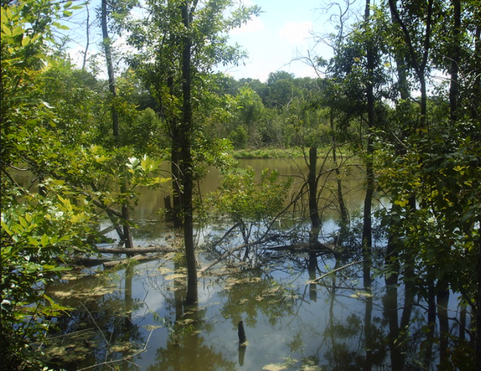 Conservation groups and state regulators are alarmed by proposed changes to nationwide permits that
​authorize construction across streams and wetlands.​
By Brett Walton
Water News, Circle of Blue
November 12, 2020
Earlier this year, the Trump administration secured one of its signature environmental legacies when it completed a rule that reduced federal protections for wetlands as well as for streams that flow only following rainfall.

Environmental policy experts concluded that the administration’s narrow definition of the scope of the Clean Water Act was its most damaging decision for waterways. The rollback of the Obama-era ruling was a campaign promise of President Trump and a rallying cry for industrial lobby groups that supported him.

Now, the Army Corps of Engineers, with much less fanfare and in the final months of the Trump administration, is considering another rule change that would also shrink federal protection of small streams, ecologists and lawyers say. The Corps said in its proposal that it is acting in response to the president’s order to review regulations that burden energy development.

​Some of the proposed changes will have essentially the same consequence as the Trump administration’s contraction of the Clean Water Act, according to Laura Ziemer, the senior counsel and water policy adviser for Trout Unlimited. The proposed changes to the Army Corps’ nationwide permit will reduce stream protections and expose longer sections of streams to damage, she said.