Our Hill Country Trees, Such Treasures

Hug a Tree. It's Good for You.

'Everything was there and then it wasn't': Developers allowed to skirt tree ordinance

The Texas Big Tree Registry recognizes the largest known tree of each species growing in the state.  In some cases, these trees could be the largest in the country! Big trees also have big values.  Compared to younger, smaller trees, big trees provide greater ecosystem services such as carbon storage, water and air filtration. Champion trees can be located on public or private property.  We work with tree owners to preserve these trees for future generations to enjoy. 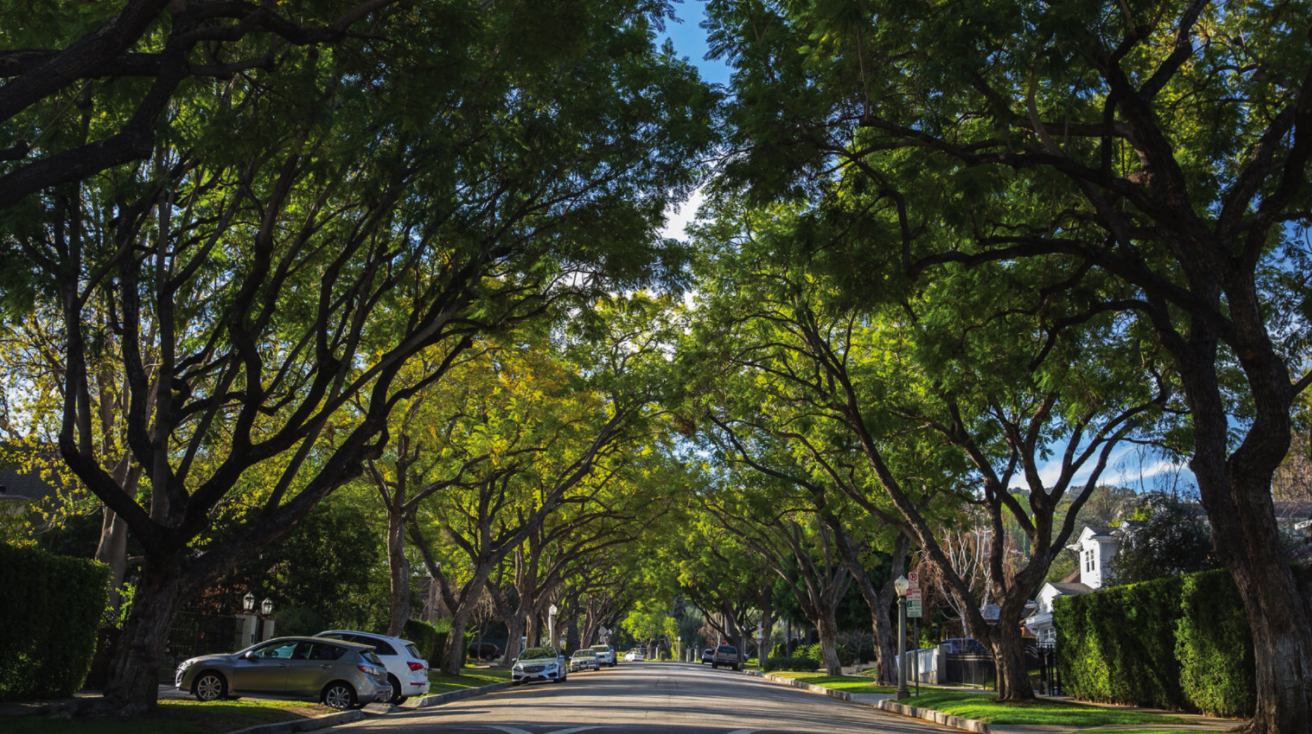 TREES COMBAT CLIMATE CHANGE
​Excess carbon dioxide (CO2) is building up in our atmosphere, contributing to climate change. Trees absorb CO2, removing and storing the carbon while releasing oxygen back into the air. In one year, an acre of mature trees absorbs the same amount of CO2 produced when you drive your car 26,000 miles.

TREES CLEAN THE AIR
Trees absorb odors and pollutant gases (nitrogen oxides, ammonia, sulfur dioxide and ozone) and filter particulates out of the air by trapping them on their leaves and bark.

TREES PROVIDE OXYGEN
​In one year an acre of mature trees can provide enough oxygen for 18 people.
​​
​TREES COOL THE STREETS AND THE CITY​​
Average temperatures in Los Angeles have risen 6°F in the last 50 years as tree coverage has declined and the number of heat-absorbing roads and buildings has increased. Trees cool the city by up to 10°F, by shading our homes and streets, breaking up urban “heat islands” and releasing water vapor into the air through their leaves.

Oak wilt, one of the most destructive tree diseases in the United States, is killing oak trees in central Texas at epidemic proportions. Oak wilt is an infectious disease caused by the fungus Bretziella fagacearum, which invades and disables the water-conducting system (xylem) in oaks. All oaks can be infected by the fungus that causes oak wilt; however, some oak species are affected more than others. The successful management of oak wilt depends on correct diagnosis and an understanding of how the pathogen and different oak species interact.

Download File
What is oak wilt? Oak wilt is an aggressive fungal pathogen (Ceratocystis fagacearum) that affects many species of oak, killing thousands of trees each year in woodlots and home landscapes.
Where is it in Texas? The Hill Country and Central Texas areas have been particularly hard hit by this disease. This map shows the extent of its damage in 2007 with yellow counties having a few incidences and the brown counties recording over 400 mortality areas. Oak wilt has been called one of the most destructive tree diseases in the United States and is at epidemic proportions in the Central Texas Hill Country. 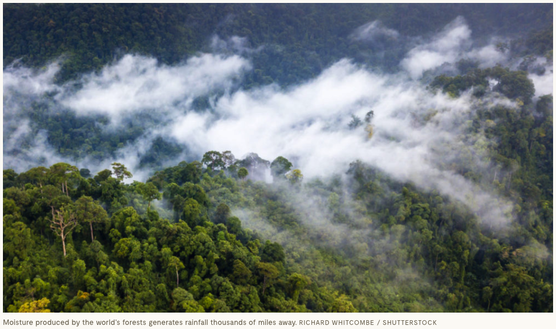 Moisture produced by the world's forests generates rainfall thousands of miles away. Photo by Richard Whitcombe_Shutterstock

Rivers in the Sky: How Deforestation Is Affecting Global Water Cycles

A growing body of evidence indicates that the continuing destruction of tropical forests is disrupting the movement of water in the atmosphere, causing major shifts in precipitation that could lead to drought in key agricultural areas in China, India,
and the U.S. Midwest
By Fred Pearce
​July 24, 2018

​Why Trees Are Important to the Environment?

Trees help clean the air we breathe, filter the water we drink, and provide habitat to over 80% of the world's terrestrial biodiversity. Forests provide jobs to over 1.6 billion people, absorb harmful carbon from the atmosphere, and are key ingredients in 25% of all medicines. Have you ever taken an Aspirin? It comes from the bark of a tree!

Here are the six pillars that explain why trees are vital: